Dell Is 10X (Or 10%) Back On Rakuten Today! Burn Those Amex Business Platinum Credits Dell Is 10X (Or 10%) Back On Rakuten Today! Burn Those Amex Business Platinum Credits

Dell 10% Back On Rakuten

We don't normally post about individual store's rates on shopping portals, but Dell is the exception that proves the rule. Currently, the rates are raised and you can get Dell 10% back on Rakuten once again. You can also earn 10X Membership Rewards points on the purchase if you choose that instead. I'll go over the Rakuten program, why we love it and why Dell earning 10X on the portal is worth posting about.

Rakuten is a shopping portal and was formally Ebates. Shopping portals give you a kick back when you buy certain stuff online. This only works if you click through their site first. They get referral money for sending you to the store's site and they in turn give you a portion of it when you make a purchase. The rates are constantly changing and vary from store to store.

If you are buying something online it is always worth checking if there is a shopping portal payout. You can check quickly at a site like Cashbackmonitor. This site also shows which portal is offering the best rate for a particular store.

You can read our full Rakuten guide here.

I end up pretty much just using Rakuten to make my life easier. I also have their Chrome extension which pops up with the rate when I go to a new site. If you don't already have a Rakuten account here is our referral. There is a new member bonus where you earn $30, or 3,000 points, for signing up and spending $30 at any of the stores listed on their site. If you are in a two player system (significant other or spouse) then you can refer them as well after getting an account. That would earn you, the referrer, another $30 and the Player 2 $30 for signing up. That is a net of $90 in bonuses, or 9,000 points, when you complete all 3 actions.

The cash back, or points, are paid out quarterly with Rakuten.

I have my Rakuten account set to earn Membership Rewards points. If you have American Express Membership Rewards (MR) earning cards then this is probably the best option for you too. That is because MR points are usually worth more than 1 cent each when used for travel. Plus, if you have a Charles Schwab Platinum you can cash them out at 1.1 cents each. That is like giving you a 10% bonus for flipping the Rakuten switch from cash back to Membership Rewards even if you just wanted the cash back.

It is easy to change your Rakuten account over to Membership Rewards earning too:

Why Increased Dell Rates Are Good

That is great and all but why do we worry about Dell being 10X back on Rakuten? Simple, that is because of the Amex Business Platinum Dell credits. Cardholders get $200 in credit to use at Dell twice a year, so $400 in total. One is good from January 1st – June 30th, the other from July 1st – December 31st. That means quite a few readers likely have a credit burning a hole in their pockets, right now!

The cool thing is even though Amex Business Platinum card will have a $200 statement credit posted on the account you still earn the full rate on Rakuten. They are mutually exclusive actions and do not influence each other. So you could spend $200, get it credited on your account statement and still earn 2,000 Membership Rewards points. Not too shabby!

Another reason the increased rate is nice, even if you don't have a Amex Business Platinum card, is because Dell is often an Amex Offer partner. There are Amex Offers for 10% back or increased earning rates multiple times per year. If you are lucky enough to get one on your Amex Business Platinum they will combine with the credit. That is a nice triple dip right there!

Dell 10% Back On Rakuten: ToP Thoughts

I'll be sure to update and repost this article anytime we see Dell 10% back on Rakuten so you guys are aware of the offer. People like to hold onto their credits for increased rates just like this. They can buy what they need and get a nice kick back for doing it. Even if you don't have a Business Platinum card, or care about Dell, it is good to have a Rakuten account to juice up your earnings while shopping online. You can also get a $30 bonus for giving it a test run.

PrevPrevious(Update) Alaska Credit Card Fee Increasing But The Changes Are An Overall Positive
NextAmex Temporary Cards Come With Limitations, Even On “Limitless” CardsNext 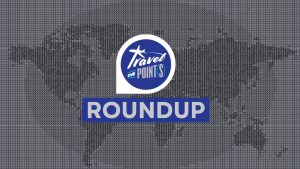