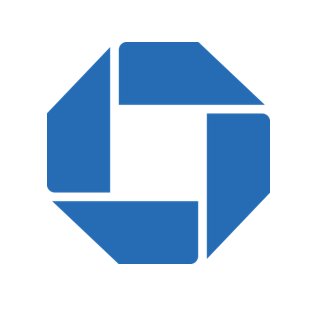 A Brex transfer caused my Chase accounts to be shut down?! Yes, I think it did, although I am honestly not sure exactly what happened today.

Like many of you, I opened a Brex Business Cash account (I actually opened 2 of them for 2 different LLCs) back in February. I funded the accounts with my Chase checking account and began to use the accounts to earn the bonus.

I added “payroll,” one account via PayPal and one via Venmo. I completed the $3,000 spends for each account and received the 110,000 point bonus for each. As we're in the middle of building a new home, I opted to cash out these points for 1 cent each, for a total bonus of $1,100 per account. Once the cash bonus was in Brex account #1, I initiated an ACH pull from Brex to Chase. The first transfer happened seamlessly and arrived on March 15, 2021.

I received an email from Chase today, March 22, at 7:32 a.m. that my transfer was cancelled and that I should log in to view my secure messages to learn more.

Unfortunately, when I attempted to login to the Chase app, a popup showed my account was locked due to suspected fraud. I immediately called Chase, but phone representatives were not available until 9 a.m. I called back at 9:05 a.m. While going through the telephone prompts, the only option that could remotely apply to my situation was “1,” which was to speak to a representative to discuss an account closure. I thought nothing of it and proceeded to speak to the representative.

The Chase representative explained that it was unclear why the transfer was cancelled, but that I must verify my identity and verify proper ownership of the Brex account before my account could be “unlocked.” She indicated she would get a representative of Radius Bank on the line. This did not surprise me, as I knew from PayPal and Venmo transactions that Brex appeared as “Radius Bank.” Brex only recently applied for a bank charter and partnered with Radius Bank in 2019 to offer banking services. At this point, however, my day quickly got worse and worse.

The Radius Bank representative could not locate my account info with my name, SSN or the EIN for the LLC. After searching for 5-10 minutes, he indicated that I was not a customer of Radius Bank. I explained that this account was with Brex Bank. He was confused and indicated he had never heard of Brex and that I was not a customer. At that point, the telephone call with Radius Bank ended. The Chase fraud team representative informed me that my account was now “suspended” and that I could visit a Chase branch for further assistance.

Luckily, there was a Chase branch within a 20 minute drive. I drove there as quickly as possible. Upon arrival, I asked to speak with the branch manager. I explained what had happened, showed him that I was locked out of my accounts, and went through various steps to verify my identity. He made a photocopy of my driver's license and a Chase credit card in my name. Luckily, I always carry my Chase World of Hyatt card with me. He explained that he would personally contact the Fraud Department and the Online Services Department (whatever that is) and asked me to wait in the lobby.

Fifty-four minutes later (yes, 54 minutes), the branch manager called me back into his office. He explained that the transfer was cancelled as fraudulent, but he would not indicate which bank cancelled the transaction. He further explained that the telephone call with Radius Bank escalated the issue and required my in-person appearance in the branch. He indicated that he had taken the necessary steps to ensure my accounts were “reopened.” When I asked for further clarification, he would not tell me if my accounts were shutdown or if they were just suspended. Honestly, I still have no idea what happened.

Before leaving the bank, and with a corporate representative remaining on the telephone, the branch manager made sure I could login to the mobile app (I could) and then told me to NOT attempt to transfer money from that Brex account again. I pressed the manager as to why this was happening and, again, he refused to tell me. He said the account was flagged as fraudulent and it was best to not send any funds electronically from that particular account to Chase. In all, I spent 33 minutes on the phone and 1 hour and 7 minutes at the Chase branch.

What I can say is that I would completely avoid transferring money electronically between Brex and Chase. Transfer it to another bank or pull it from Brex with Venmo or PayPal. Learn from my experience and don't lose access to your Chase accounts.