Deciding Between Transferable Points and Airline Miles / Hotel Points – How Do They Each Work? Deciding Between Transferable Points and Airline Miles / Hotel Points – How Do They Each Work?

One of the most common questions we receive from folks starting out in the points and miles hobby is what points should they accumulate. Chase Ultimate Rewards? American Airlines AAdvantage miles? Hilton Honors points

As with most questions, it all depends on your travel goals. But more importantly, there is no one-size fits all answer. Today we’ll discuss how not all points and miles are created equal, and why some are generally more valuable than others.

Just like cash, where different countries have their own currencies, the points and miles world is filled with different “currencies.” And just like in the real world, some currencies are more valuable than others.

Points generally fall under one of two major categories: transferable or loyalty (meaning airline or hotel programs). The following table lists a few examples of transferable and airline/hotel points and miles:

Transferable points like those listed on the left column above usually are much more valuable than points belonging to a particular loyalty program because they offer incredible flexibility.

To illustrate, let’s say you want to book a one-way flight from Washington, DC to Chicago.

If you only have American Airlines miles, you are limited to flying only on AA flights. Savvy travelers might ask, but isn’t American Airlines part of Oneworld Alliance, one of the three major airline alliances? Yes, they are, but none of the other non-U.S. carriers in Oneworld fly domestic routes in the U.S., so even if you can access other carriers like British Airways or Cathay Pacific with AA miles, those airlines do not fly domestically within the U.S.

On the other hand, if you need to book that same one-way flight from DC to Chicago and you have transferable points, you will have a lot more options. Let’s say you want to use Chase Ultimate Rewards for that flight. Chase URs allow you to access each of the three major U.S. carriers: United Airlines, Delta, and AA. Here’s how:

United: To fly on United using Chase points, you can transfer points from your Chase account directly to your United MileagePlus account.

Delta: To fly on Delta using Chase points, you can transfer your points to Virgin Atlantic’s Flying Club frequent flyer program, which allows you to book flights on Delta with their Virgin Atlantic miles. This means you never use any Delta miles but you still fly on Delta.

These are only some of Chase's partners you can use to fly on the three main U.S. airlines. But the point here is to show how transferable points, like Chase Ultimate Rewards, open more airplane doors than any one airline’s miles.

Given the flexibility of transferable points, would you rather have a stash of Chase points that you can transfer to many different airlines or a stash of American Airlines miles that you can only use through AA?

This doesn’t mean that you should avoid earning airlines miles. But when all other things are equal, transferable points currencies are usually the way to go because they offer the most flexibility.

Another benefit of transferable points is that they can also transfer to hotel partners. For example, Citi ThankYou Points can transfer to Hilton Honors, while Chase Ultimate Rewards can transfer to World of Hyatt and IHG Rewards Club.

With these benefits of transferable points in mind, we recommend you create free loyalty accounts with the more popular airlines and hotel programs. Many airlines require you to have a loyalty account to search for award flight availability, so you might as well create your accounts now. Also, when you are ready to book your dream trip and you find a flight that works for you, you don’t want to be delayed by having to create a loyalty account.

To better understand how useful transferable points can be, check out our full chart of transfer partners. 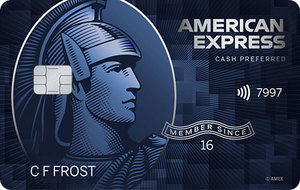