Rick shares his biggest 2020 travel mistake with us. It involved a backpack, Amazon, and a warehouse in Las Vegas.

Rick shares his biggest 2020 travel mistake with us. It involved a backpack, Amazon, and a warehouse in Las Vegas.

We all make mistakes when it comes to points, miles, and travel. In general, it involves passing on a great sign-up bonus, not jumping on a short-lived deal, or forgetting something for a trip. This year held no shortage of blunders for me. For example, I put an entire money order with a receipt in my laundry. In case you find yourself in the same situation, I learned and wrote about how to replace a money order. I also single-handedly delayed an entire 767 Delta flight which I wrote about here. All normal things, right? Well, these missteps were all leading up to losing my passport in epic fashion.

I ordered a new backpack after reading about a deal in the Travel on Point(s) Facebook Group. I figured it was time and maybe I would try a new backpack style for my trips. It was ordered on Amazon, and I had it two days later. It came with a nice pocket to hold a passport and credit cards and had the RFID Blocking Pockets to help prevent electronic identity theft. I put my passport in it to see how it fit, which was great. But then, I noticed a broken zipper hook. I figured I could simply return it to Amazon for a new one–no problem. A couple of days later, I shook out my bag to make sure I did not forget anything in it. I took it to UPS, shipped it off for return, and quickly received a new bag from Amazon. By now, you've probably figured out where this story is going.

I had been part of planning an epic award booking to Mexico. Derrick and I had each booked a night in a three bedroom penthouse at The Thompson in Cabo. We also had a couple nights planned at the Waldorf Astoria, which gets amazing reviews.

Leading up to the trip, I decided to apply for global entry as well. I figured I could do my interview coming back into the country if I did get approved. I went to grab my passport from where I normally keep it. Nothing. Remembering my new bag, I went there only to realize that I returned the first bag and this was a new one. My heart sank. I was sick to my stomach.

It seemed like an easy fix. I had the tracking information, and the bag had not arrived at the Las Vegas return warehouse. I began a chat and told them the package was arriving tonight. Finally, I explained I needed the bag back. I figured they could simply pull it and send it back.

I was told that cannot be done, but they could check the bag for me. In fact, they have a form and official request for this type of thing. It's the accidental return form. Obviously, this is not an unusual occurrence. They put in a request and told me to follow up the next day. They forgot to tell me everything that was about to happen.

I spent the next week chatting with several reps, who all offered different answers. First, I was told to stop following up. Second, they instructed me it could take up to four weeks. Finally, I was told I may never get the passport back. Apparently this form allows Amazon up to four weeks to locate and check the item. They refused to simply send the bag back.

I was shocked they could not call the warehouse. After weeks of waiting, I noticed they had processed my return. But, I had heard nothing, so I reached out. They claimed it was not in the bag. What  happened? One rep I spoke with had the most logical theory: it was likely thrown away. I assume they go through the bags and toss out everything.

We all make mistakes. This trip involved others and an epic booking. Had it not been 2020 and COVID, I could have zipped down to a passport office and done an expedited one. I checked every possible location in the U.S. and none were allowing expedited same day passports. I cannot even describe how upset or sick to my stomach I was. It ate at me for weeks. Well, I now have a passport appointment with new photos and forms filled out. Let's hope for a smooth process to get my new passport.

Do you have any travel-related blunders? Ever return something to Amazon on accident? Come over to our Facebook group and let us know your thoughts. Don’t forget to follow us on Instagram too! 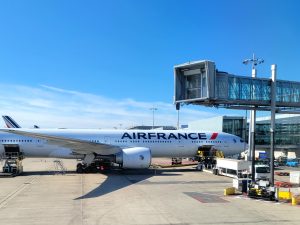